When a new start-up auto maker is trying to generate buzz about their newest car that is going to take over the world.  Sometimes, I should say most of the time, the buzz and claims made are far from what reality has in store.  Yet, there are times when the claims made by certain companies are far-fetched by they do come to reality.  Car Shipping Carriers would like to announce that the Trion Nemesis was unveiled just a few days ago and the claim of it having 2,000 horsepower is legit.  We are super excited for this SuperCar that many are calling a HyperCar.  If we have the privilege os putting this onto one of the car haulers (we would use enclosed car shipping services obviously) it would be amazing.  I don’t know if I would even want to drive it into the hauler because all of the horsepower and torque could make for a big disaster. YIKES!

The event held in California was extremely exclusive.  We have some inside information with the video above from Salomondrin.  Thanks for taking the video!  As you can see the Trion Nemesis is very much like the graphic sketches and renderings that have been shown over the past year.  It looks absolutely beautiful.  The specs are very close as well.  The 2,00 horsepower will come from a twin-turbo 5.0 liter V8 engine.  It is stated that the Nemesis will hit 0 to 6 in only 2.8 seconds and a top speed of 290 mph.  We were a little let down by the 0 to 60 time frame because a Tesla Model S P85D can hit that same time and it is only $120,000.  The Trion Nemesis is a staggering $1.6 million and goes up to $2.2 million for the limited edition model.  Wait, these people are trying to tell us that the base model won’t be a limited production vehicle?  Umm… I think every Trion will be in limited production.

Many people have made claims that the Trion Nemesis is a HyperCar.  The issue with that claim is that it gets the power from traditional means.  There is nothing extremely fancy about how it vehicle gets its power.  There is no Hydrogen Fuel Cell, No Solar Panel, no electric motors, etc..  We are not saying that the Nemesis is not a badass car, because it is, however we do need to call it what it is and that is a SuperCar.

So, who is going to be waiting in line to buy one of these?  Hell, if Donal Trump is President I can see him rolling up to the Trump House… I mean the White House in one of these. 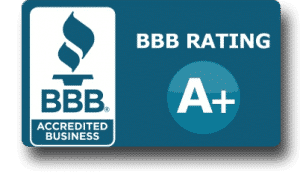